Learning to Debunk the Myths of Forgive-and-Forget

Are you in a situation where the same person keeps hurting you again and again?  You know you're supposed to keep forgiving, but things aren't getting any better.  You feel powerless.

If so, then Kay Bruner's new book 'Debunking the Myths of Forgive-And-Forget' was written for you.

If this isn't the case, then keep reading anyway.  To be honest, I'm struggling to think of many situations in my own life when I've been deeply hurt by someone else, but I've still learnt some great stuff about forgiveness by reading this book.

Kay shows how the simple 'forgive and forget' that we were taught as children, and in some cases are still being taught, isn't enough to help us through the complex situations we now find ourselves in.  In fact, this over-simplified answer can lead to us feeling further crippled by pain and helplessness.

These myths of forgiveness are dispelled in the book:

Kay explains how to approach forgiveness so that it will truly bring 'rest to our souls'.  I love this:

'Forgiveness is not another burden for us. It’s the way to live free and clear, but we’ve got to take our hands off the other person’s throat in order to receive the gift of freedom.'

It can be dangerous to focus only on forgiveness and to ignore what it says in the Bible about dealing appropriately with grievances.

“If another believer sins against you, go privately and point out the fault. If the other person listens and confesses it, you have won that person back. But if you are unsuccessful, take one or two others with you and go back again, so that everything you say may be confirmed by two or three witnesses. If that person still refuses to listen, take your case to the church. If the church decides you are right, but the other person won’t accept it, treat that person as a pagan or a corrupt tax collector.” Matthew 18: 15-17, NLT

As the author writes, 'Jesus tells us that he cares passionately about the abandoned, the poor, the downtrodden. Injustice, as Jesus talks about it, is not something to put up with, or to quickly “forgive and forget.” Injustice is something to be resisted and corrected and dealt with. When we find ourselves confronted with injustice, we ought to take the strongest possible steps to stop it...'

I read about the importance of speaking up in relationships and of getting help from others if needed.  I liked the idea of thinking carefully before confronting: Checking that the offence really is a sin, rather than a difference of opinion; asking whether there's something else going on within us that makes us react so strongly; and checking that the issue truly is something that it's our business to point out.

One thing I found really helpful was reading about the difference between 'Forgiveness', 'Trust', and 'Healing'.

* It's up to the other person to act in a way that is trustworthy.

* Healing is something different again and, ultimately, is God's responsibility.

Applying this to situations that could come up in my own life:

Kay discusses what to do when reconciliation isn't a healthy choice, including situations when someone remains untrustworthy.  She explains,

'Releasing the relationship doesn’t mean that we shun or hate or despise. We simply release the other person from our expectations and obligations, and trust God to bless that other person. I may not have the capacity, in my pain, to be a blessing to that person. But God can, and He will. No matter how badly the relationship may have ended, God still loves that person. He loves me. As we release relationships, we trust that God redeems and restores, even though we can’t.'

I want to end with one of my favourite quotes from the book.  Kay is writing about Jesus' response when Peter asks how many times he should forgive someone.  This is her interpretation of what Jesus is saying to Peter:

'You’re right. You can’t control what other people are going to do. Remember, we don’t live in the power paradigm. We live as receivers and givers of Love, dedicated to offering reconciliation, not insisting on control. After you’ve confronted the person, and pursued justice, sadly, that person may not choose reconciliation. Eventually, you might just have to forgive, seventy times seven. But guess what, you have more resources than you’ve ever explored. Stop obsessing about what this one person owes you, and revel in all the riches of the Kingdom. Once you do that, that old debt might not matter quite as much. But let me tell you, if you’re so determined to pursue what that one person owes you, you’re going to turn your back on the treasure, and you’ll end up miserable. That’s how it works. You’ve got free will. You choose.'
Posted by Clare Koens at 7:51 PM 1 comment:

Fixated on a Plan

Yesterday a friend was talking to me about the debilitating frustration of having a plan thwarted; how it can feel impossible to move on to a different task when there's such a strong desire to carry out the original plan.

I first I thought, "Well, I can't relate to that".  Later though I laughed at myself while remembering that this exact thing had happened to me the night before:

It was Friday night and I was more exhausted than I'd been in a long time.  But it was ok, because I had a plan: I would borrow a DVD and then lie on the sofa to watch it as soon as I'd got the girls into bed.

It all started off fine.  The children and I each found a DVD to borrow and (I thought) we took them all home.  However, just after reading the bedtime story I realised I couldn't find my DVD anywhere.

My plan was thwarted!  I felt like there was no way I could now experience the restful, relaxing evening that I'd been looking forward to all week.

I was not happy.  And everyone knew it.  Even the front door felt the effects of my frustration as I stomped in from checking the car one more time.

Eventually I did calm down, and spent the evening watching a TV programme.  I achieved my goal of having a quiet evening, but just not in the way I'd first planned.

There was nothing wrong with my desire to spend the evening watching the borrowed DVD.  In fact, my need to spend an evening horizontal, doing something restful, was very real (that was obvious to all!).  The problem came when my desire to achieve this time of rest through a particular DVD became a 'need'.

The quotes in italics are from 'Instruments in the Redeemer's Hands' by Paul David Tripp:

The source of (improper) need-driven expectation is the source of untold conflict in relationships...Eventually I will come to accept the logic of my neediness.  I will find it painful to live without the thing I desire.  I will think it is appropriate to do everything in my power to get it.  It becomes my right.

The following steps are helpful in showing how a healthy desire can start to turn sinister:

2. Demand: "I must." The desire is no longer an expression of love for God and man, but something I crave for myself.

3. Need: "I will." Something desirable is now seen as essential.  I am convinced I cannot live without it.

These can lead to

I found this Bible quote from James 4:1 (NIV) very helpful in understanding what goes on in me:

What causes quarrels and fights among you?  Don't they come from your desires that battle within you?

Our desires fight for control of our hearts.  What controls our hearts will exercise inescapable influence over our lives and behaviour.

Often our desires involve positive goals.  For instance, we might want to complete a project that would be helpful to many; we might desire to finish a task with 100% accurately; perhaps we want our time to be used efficiently.  But these desires can still get in the way of what God most wants for us if we let them become needs or demands.

There are some things that we know are always top priorities.  I know God wants me to be kind and patient towards others.  (I also know that I need to look after my own body and mind so that I'm as prepared as I can be for this task.)  When other felt needs become more important to me than my need to put God first and to love others, then something is wrong.  My other 'needs' have become idols.

For those of us who live with family, it quickly becomes obvious (to our families, if not to us!) when we are allowing ourselves to be ruled by the less vital desires.

As I've mentioned before, I have a big fear of communicating the wrong information.  Of course there's nothing wrong with re-reading an email once to check that it really says what I want it to and that there aren't any obvious errors.  However, when I'm refusing to attend to the needs of my children because I'm spending so long checking and re-checking what I wrote, then my need to 'get it right' has become an idol that is more important to me than loving my children.  By being too focussed on one area of responsibility, I actually become irresponsible.

It can be challenging to notice all the desires that are battling within us, and to work out what matters most.  It's especially hard when some of the less important desires feel so vital.  Perhaps we each have to figure out for ourselves which strategies will help us do what's right in the face of thwarted plans or tempting distractions.  Here is what's helpful for me:

*I might consciously remind myself I'm doing the right thing, even if it doesn't feel like it.

*I can ask myself what action would be most honouring to God right now.

*As someone whose mind tends to fixate on irrational obsessions, it helps to ask a trusted person whether the thing that feels so important to me really is something I need to be putting energy into. (edit: Clare's husband is amazingly awesome at this!--her husband)

* If I'm spending too long trying to get something 'just right', I know I need to hand over to God the responsibility for the outcome of my work, remembering that he is big enough even to turn my mess into something that will bring him glory.

*In the case of my DVD-melt-down, especially as I was feeling so exhausted, it helped when I finally stopped my frantic activity and instead lay down and calmed down for a few minutes until I started to think more clearly.  If I'd had more energy, doing something different and enjoyable for a few minutes might have helped my distress levels to diminish enough that I could approach the situation more rationally.

It's hard.  It's painful.  We won't always get it right.  But being able to recognise that our strongest desires aren't always the ones that we need to be attending to, no matter how important they might feel, seems like a great first step.
Posted by Clare Koens at 9:05 PM 2 comments: 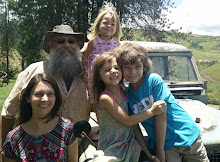